How do you transform your XML and JSON data into objects that are validatable? Today, we cover how to take only an XML document and create objects to validate against your business rules. 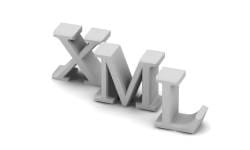 I've recently posted a quick tip on how to Debug XmlSerializer Errors if you are interested.

Back in 2006, I worked for a company that had a project where they had certain requirements of taking an XML document and making them into reusable objects, but allowing an easier way to manipulate them in a system.

When I was given this task, I read about a technique that takes XML, or any data format, and have a "reader" create the nodes while reading in the document.

Serialization is the process of taking an object and converting it into a stream of bytes to be read or used later in a database, object, or file.

As you can probably guess, deserialization is the opposite. It's the process of taking that stream and converting it into an object that's usable in another part of a system. An excellent example is a web.config.

Creating The Objects From XML

Let's start with a sample XML file. I created a simple dashboard.xml from my CMS dashboard.

Now that we have our XML, how do we create our objects?

I refer back to my earlier post on the "Ludicrous Speed" coding series. Paste the XML as classes into a plain Class1.cs file. Of course, make sure your project is targeted to a .NET 4.5 Framework for this to work properly.

Once your code is pasted, your classes will be generated in the editor. The type of classes generated may look a little different. Start renaming them to classes that are more meaningful instead of DashboardTabsTabWidget.

Some tips when using these classes:

Now that you have your classes split out, we need to make our serializer.

Since we already have our XML, we might as well create our object by deserializing the XML into our object.

To create a deserializer, we need to include the System.Xml.Serialization namespace.

NOTE: The ToStream() is taken from the post called 10 Extremely Useful .NET Extension Methods. It takes a string and converts it into a MemoryStream.

After running the little test, we have a fully-hydrated dashboard object ready for processing.

Push it back out!

Now that we have our dashboard object, let's go the other way and serialize the object into XML.

The serialization process is just as easy.

Once you have your XML, you can store it in a file, database, or object.

Today, we went over how to quickly add classes that mirror our XML document and also demonstrated how we can serialize and deserialize those objects for later use in other systems.

Later this week, we'll go over the serializing and deserializing of JSON objects as well as cover a way to validate all of our objects.