Can you take the heat of CSS? Most developers can't stand CSS because it's so...design-y. Today, I share all of my resources, or go to links, that helped me understand CSS a little better. 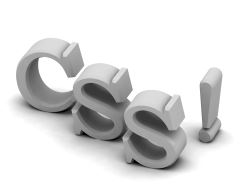 In 2007, I wrote a post about whether "Developers Can Dress Up a Pig?" I shared a perspective that most employers don't recognize. Most developers don't have designer skills and vice-versa.

Those who have both skills I call devigners.

They can code JavaScript, PHP, C#, Java, and use CSS, Photoshop, and Illustrator combined. These individuals have their creativity turned up to 11.

When I started using CSS in 1999, it provided an eye-opening experience because of one web site that truly shocked me (it's listed below).

Now that I know what I know regarding CSS, it makes it harder to apply those styles in an architectural fashion so it makes sense.

With that said, I've accumulated a list of CSS resources over the years. I wanted to keep these as a resource for new web developers looking to understand how CSS works.

Do you have a favorite CSS link you want to share? Post it in the comments below.