For those who miss their WebForms GridView, we'll create a way to view your tabular data by building a feature-rich data grid from scratch for ASP.NET MVC. 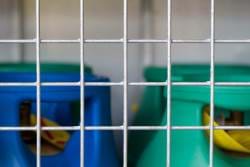 For most ASP.NET developers, moving from WebForms to MVC was kind of a shock to many. I kept hearing a lot of developers cry about Microsoft not supporting WebForms in the future.

"Where is my ViewState?"

"How do I implement a Session now?"

"Where are my server controls?"

The last one was the big one. Everyone was wondering if they had to rebuild all of the server controls from scratch.

This was definitely a shift in the way programmers thought about web applications and thought MVC wouldn't last.

Some developers thought that moving to ASP.NET MVC was like falling back to the Classic ASP days, but the major concern was not having our server controls.

Now, WebForms had their snazzy DataGrid containing a lot of features required for making grids easier to use and implement in your web pages. You click and drag, connect to a data source, set your properties, and you were off and running.

However, when ASP.NET MVC 3 came out, they included the WebGrid...

...but not enough features. We would still need to build in more features and learn (GASP!) JavaScript!

Those were definitely the days...Ahhhh yes...being thrown off the balcony of the boat and learning to swim (translation: program in JavaScript). <Sigh>

Ok, here's where you come in!

I need your help!

So with this Grid series, I want to ask you, the developer, what do you want to see in this grid? Let's push the limits of this series.

Let's create an MVC Grid that rivals some of the latest grid components out there. Once we have a number of grid requests, we'll go through each request implementing each feature with a full post.

So, what are some of the features that you are looking for in a full-featured grid?

I know these are simple features, but you tell me what kind of features you want in this grid. Each post will focus on your grid feature request.

To get you started and thinking about some features, I created a baseline sample project in GitHub.

Post your comments below. I will see you next week and review some of your grid feature requests.