The latest collection I wanted to focus on is something everyone is talking about: Blockchain. 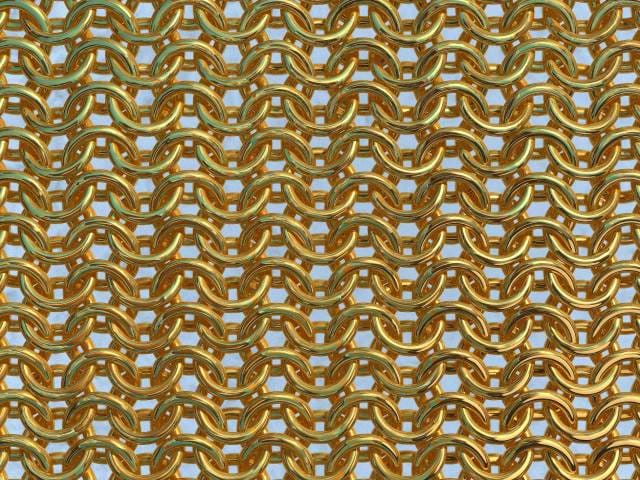 When blockchain was introduced back in 2008, people were skeptical about it's uses and how to benefit from it.

Ten years later, people are setting up racks of computers to mine for cash on Bitcoin and the other crypto-currencies.

which makes me wonder about the movie Skyfall. 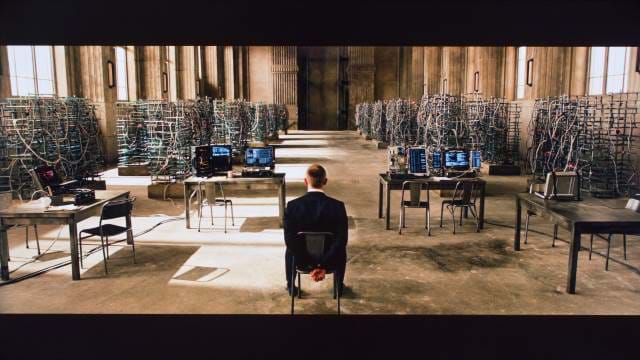 After attending the blockchain pre-compiler at Codemash, it still left me asking more questions than answering my existing ones.

With blockchain, it's been said you need a PhD to understand it. For good reason. It's a VERY complex algorithm to grasp. The better you can understand it, the more you can utilize it in various industries.

Hence, the reason for this collection of blockchain resources.

As with all of my collections, the purpose is to provide various resources to my readers where as I learn more about a certain topic (like blockchain), I provide the insight through posts that trigger that "Ah-HA!" moment to where it clicks for my readers as well.

For my collections moving forward (including this one), I will be presenting the collection in a "progression of learning links" starting with introductions of a technology, videos, practical real-world coding examples, and finally, further reading material to continue your education of the topic.

So without further hesitation, let's get into it!

Introduction (How does this thing work?)

The founder and creator of Bitcoin explaining how it works in his whitepaper.

Another blockchain technology called Ethereum and how and why it was created.

This first look into blockchain posted by Sanjeeb Mallick gives the readers an understanding of the benefits and uses of this versatile technology.

Gary Woodfine wrote a great explanation of what Blockchain is and what types of applications can benefit from Blockchain technologies.

Another great post about learning hashes and the basics of Blockchain.

Demystifying the Myths of the Blockchain - Know the Truths

A listicle of 10 myths give readers a better idea of what blockchain can and can't do.

The Blockchain Explained To Web Developers, Part 3: The Truth

This should resonate with a lot of my readers since the majority are web developers.

This post gave me a sudden jolt. Since blockchain is such a new technology, it's still not mature yet and most web developers aren't interested in working on blockchain projects yet.

They list a lot of good reasons why web developers shouldn't work on blockchain projects.

Accelerating The Adoption of Enterprise Blockchain

Now that you have an understanding of blockchain (uh-huh), how can you use it in your enterprise?

With Microsoft Azure as one of the big boys in the cloud, they present various ways to implement blockchain, some benefits, common business patterns, and some industries using blockchain.

Videos (Some users understand presentations more than the written word)

Lex Thomas starts at the beginning and takes us through what exactly Blockchain is, how is it different from distributed databases, and how to code it up in .NET.

An Introduction To Blockchain with Mark Russinovich (31:30)

Of course, we can't have any videos without the mention of Channel 9.

Mark Russinovich explains the basic building blocks of blockchain along with transactions, blocks, hashes, and how these can be combined to create a distributed ledger.

Inside Coco Framework, the Foundation of Blockchain for Enterprise with Mark Russinovich (30:49)

Continuing with Mark, he describes Microsoft's blockchain framework called Coco and how it focuses on privacy, governance, and speed.

How does blockchain really work? I built an app to show you

Sean Han gives us a hands-on look on what a blockchain functions behind the scenes with his minimal blockchain interface CLI (command-line interface).

This tutorial walks the user through a simple blockchain transaction so definitely check out his GitHub repository in the post.

Building your own Blockchain

This post gives you a complete rundown of how to setup your own blockchain using either Windows, Mac, or Linux.

In the end, you'll have experience setting up a private blockchain with Ethereum, have a digital wallet, transfer funds between multiple accounts, and setup a Ethereum Block Explorer.

Too scared to invest in Bitcoin? Try your hand at Bitcoin Hero, a Bitcoin simulation to become more familiar with blockchain transactions.

Building For The Blockchain

This post really isn't a hands-on per se, but meant for developers to take a different perspective on building applications. Specifically, distributed applications on a thin layer of an existing protocol (blockchain).

This framework is meant more for private blockchains in the enterprise than public consumption. Again, Mark Russinovich explains the Coco framework along with what it can solve regarding traditional blockchain issues.

I'll also mention it's open source and ready for you to write code on the .NET platform.

What Mobile App Developers Need To Know About Blockchain

Companies are already moving forward with blockchain technologies and this post explains what mobile app developers are required to know when writing these types of applications.

6 Alternatives (and better) uses for Blockchain

If you are a futurist and looking for a lucrative way to leverage blockchain technologies, here are 6 ways to incorporate them into various industries.

How Blockchain Could Kill Both Cable and Netflix

It's only a matter of time.

Of course, Pluralsight is one of the best platforms for learning about new technologies like Blockchain.

Here are a couple I'm highlighting:

A vast amount of posts, code, and other various topics all geared towards Bitcoin.

Also...a vast amount of posts, code, and other various topics, only this time towards Ethereum (duh!).

Yes, even more, but on the topic of Blockchain.

Blockchain fever has caught fire and everyone is running around with their wallets burning. ;-)

Are you looking into blockchain technologies? More so, are you writing blockchain code at all? Post your comments below and let's discuss blockchain!