What are the most popular programming languages?

After this past weekend, there was a comment that totally threw me off guard which is why, today, I want to cover some of the most popular languages out there. 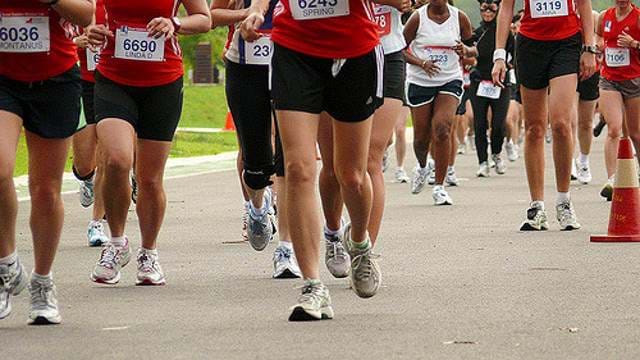 A month ago, I was asked if I wanted to be a mentor for the HackOHI/O 2016 Hackathon competition.

Since I was in a competition earlier in my career, I absolutely said yes.

The Hackathon was this past weekend and I went with a fellow colleague. It was amazing to see the innovation and immense amount of work going into these projects.

I was also impressed by the number of languages used throughout the competition.

Some were using JavaScript or Java and some I couldn't tell what language they were using.

However, there was one comment that caught me off guard.

When I showed up, my colleague was already there for a number of hours.

This was mostly his story and his summary:

Support (in college): Well, what is your specialty?

Colleague: I work with C#.

When he told me that story, I had to blink twice and ask him to repeat it. Was he joking or was he serious?

I thought to myself, "Well...there goes my 13 years working with C# down the drain. I guess I also need to turn out the lights and shut down the blog."

Just kidding, but obviously, this support person hasn't come "out of the lab" lately to take notice what languages are popular and which ones aren't.

So What Is Popular?

So how do you determine if something is popular enough to start following or learning?

For the majority of my career, I've always been on the lookout for the next big thing.

Recently, I answered a Quora question where a reader asked, "What are the top 10 websites a web developer must see?" These websites are not just a list that I picked out of thin air.

They are sites I visit regularly for me to get a pulse of what's happening in the online community.

The online community has always been a great indicator as to the direction of where technology is heading so I always visit a couple of those sites to get an indication of what's to come.

Along with those 10 web sites, I've also bookmarked a couple of reputable sites to give me an indication of what languages are popular "this week."

The TIOBE Programming Community index is an indicator of the popularity of programming languages. It's based on the number of hits from popular search engines like Google, Bing, and Yahoo just to name a few.

It's primarily used to "check whether your programming skills are up to date or to make a strategic decision about what programming language should be adopted when starting to build a new software system."

For open-source online repositories, GitHub is the place for code.

But what's popular on GitHub? it would take a lot to accumulate those types of statistics...

...which is exactly what GitHut.info does.

This provides a simple dashboard view of how many open source repositories there are in a specific language.

At first glance, the most popular language in GitHub is JavaScript which makes sense if you are a web developer. JavaScript is the language of the web.

While the layout looks similar to the TIOBE index, the PYPL Index also has stats on the most popular IDE, ODE, and Databases.

These results are generated by Google Trends.

While this was posted in July of this year, this interactive chart from IEEE.org (Institute of Electrical and Electronics Engineers) gives readers an idea of what languages are popular depending on their career path.

For example, if you are looking to become a web developer, click the web button to select it and examine the top languages for the web.

They have multiple categories like Web, Mobile, Enterprise, and Embedded so you know what language to focus on in your career.

This is the latest of most popular programming languages based on the GitHub Archive and the Stack Overflow discussion traction. One calculated, this chart gives developers (and future developers) a good idea of what's popular right now.

Once you analyze the metrics and results, you realize there are a lot of languages out there.

The State of the Octoverse: top programming languages of 2018

Even though this report was from last year (November 2018), I feel it's contents can't be ignored for 2019. Of course Github would have their own report of the most favorite languages of 2018, but I'm a little late to the party on this one.

What I find interesting is the fastest growing languages in 2018 with Kotlin and TypeScript. May need to look into those soon.

If you've been with .NET for a while, you know JetBrains makes the best tools. Not only the best tools, but also provide the best insight into what the developer ecosystem consists of through their research.

With this new survey of 5,000 responses for 2017, it's always awesome to see what's developing in the IT industry and see where it's going.

The results focus on various languages and not just .NET. Basically, everything in the IT world: Languages, Tools, Databases...everything a growing developer needs. ;-)

I'm hoping they continue this survey throughout the years.

With a developer consensus of almost 90,000 developers, it's a great pulse on what the industry is using from year to year.

While I noticed C# was always in the top 10 of every list, there were a couple of languages that I didn't expect them to be in the top 5 like R or Go.

I also feel it would depend on the career you choose. For example, for web development, JavaScript should be at the top of your list. For embedded systems, C++, C, or even Java would be a worthwhile language to learn.

Overall, the TIOBE index is what I use as a great monthly indicator to determine the "language flavor of the month."

It also provides a great service to developers looking to find out what's considered a dead language.

Is there another site you use to gauge popular programming languages? Post your comments below.