Getting Started with CSS (and techniques on how to debug it)

As a web developer, you have no doubt worked with CSS. Most developers can't stand it. In this post, I'll show you the basics of CSS, CSS terminology, and various techniques on how to use...and debug...CSS. 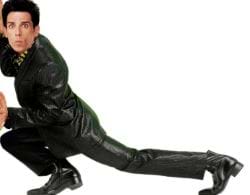 It's all about the style, isn't it?

If you're a web designer, CSS (Cascading Style Sheets) is probably the best thing since the inception of the web. It provides you with the flexibility of slapping a new face on the structure of a web page without completely changing the "underlying" HTML.

If you're a web developer, it is the bane of your existence. I've had a couple developers come to me and say that they absolutely hate CSS. Not too many of them like it.

If you do have problems with CSS, I'm hoping to change your mind. My first experience with CSS was a web site called CSS Zen Garden. The idea of this site is that every single page on the site uses the exact same HTML as you move from page to page. The only "code" difference on the page is the CSS applied to it. This is an indicator as to the power of CSS.

If you've worked with CSS before and know the basics, skip ahead to the CSS tools where we have better ways of taming the beast.

For those just getting started, want to know what is CSS, or don't want to touch the stuff, this section is basically a crash course of how to use CSS and what is css.

I'm not going to go into too much with CSS. There are entire books on this topic, so I'll just lay the foundations of CSS.

3 Ways to Use CSS

When designing your CSS, you have three options for attaching CSS to your HTML. Each one has pros and cons:

The best thing to do is to experiment with a single web page and try out these various ways of adding styles.

If you are just going to use an element once in an HTML document, use an Id. The Id is identified by a hash tag (#) in a CSS file. Examples of areas where you would use them are in headers (<div id="header"></div>), footers, and consistent elements on a page (<div id="menu">).

The general rule is that they can only be used once.

The class selector is signified with a period before the name. Unlike the Id Selector, you can apply numerous styles to a class selector.

In your HTML, it will be used with the class attribute and the period is not needed.

It can used in two ways:

The Child Combinator will only apply styles to a first level of elements (direct children) designated by the tag following the child selector. For example:

The best way to demonstrate this is through a nested menu of some kind.

If your style was:

it would only affect the children direct related to the unordered list (UL), NOT the ordered list items (OL).

When you want a style to look a certain way if it's by another style/tag, use the Adjacent Combinator.

Let's say you want two DIVs that are close to each other to have a top margin of 10px. Here is how that would look.

If you want a certain style applied to all elements under a tag, you would use the Unversal Selector. It's identified by the asterisk (*) and can be used as shown below:

This will apply a font size of 10 pixels to every single element under a DIV tag.

Now, since you have the basics, let's get on with how to debug your CSS.

(If you are looking for a more detailed list of CSS selectors, I recommend the Resources at the bottom of the post)

For writing your CSS, I would recommend either an online or offline IDE.

Now that you have your editors handy, there are two more things you need before debugging your CSS:

Now that all of that is out of the way, let's create our sample HTML file.

Start up your editor (online or offline) and copy and paste this into your editor.

For this example, we are using the Internal method of declaring CSS. Notice we have a body tag. This defines the whole page to have a font size of 10 pixels just to set the page for a default size.

We changed our menu to have a font size of 14 pixels and allowed our list items to have enough space between them with a top margin of 5 pixels.

Now that you are on your way to becoming a Web Designer (Hey, who knows, right?), I want to leave you with some advice on how to debug your CSS when you are in the thick of things. Just stay calm and take a deep breath. :-)

When you can't get CSS on a page to work right, there are a number of ways to debug it. Here are five tips to use when designing with CSS:

I have been using CSS since 1998 and it DOES keep getting better and better (trust me). Once you've designed enough web pages with CSS, you start seeing better ways to "code." All it takes is a first step.