If you are just starting your programming journey, are you hopping on the bandwagon or are you making a career out of it? 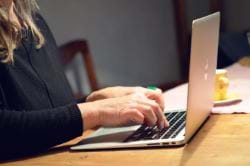 Recently, there have been a number of articles about career paths in the IT industry. Since we are in the digital age, now everyone thinks that writing code will get them their gold...and it's at the end of the "coder's rainbow."

So now everyone is a coder and writing their way to retirement.

I hate to get philosophical here, but sometimes the "gold" is defined differently for each person.

Each factor can drive a person's motivation to code whether they are doing it as a hobby or as a job.

Last Minute Addition: This morning, I JUST found a post at ARSTechnica about How 18 inmates at California's notorious San Quentin prison learn to code. See? EVEN PRISONERS ARE CODING! Yikes!

Let's start addressing some of these factors below and determine if you are in it for the long haul. First, the most obvious factor.

With the amount of digital jobs increasing, it's hard to stand out from the rest of the crowd and get paid what YOU think you're worth.

The reason I emphasized the "YOU" in that last sentence is because some people don't know what they're worth and lower their value of themselves.

Research your field of study and do everything you can to further your studies. Just because you are out of school doesn't mean you stop learning. You stop learning and guess what? Your salary will decrease!

Robert Half Technology just came out with their 2015 Salary Guide. After looking over the positions and salary ranges, I noticed a small number of the salaries went down...but only just a few.

While salary can spur you on to learn more, it's definitely a driving factor for most developers to continue programming throughout their career. If the monetary aspect of this industry appeals to you, then by all means, follow your wallet and make the money despite whether you are happy or not (I'll get to that later).

One question you may want to ask yourself is do you truly enjoy programming as a career? Are you riding the bandwagon to see where it's going or are you truly interested in helping a customer solve problems using a computer?

Anyone who knows me understands that I will probably die slumped over a keyboard (with an optional Mountain Dew in my hand). I've been coding for over 25 years and I have no intent of slowing down (so long as my body can endure the hours) ;-)

Do you feel the same way?

This is for the high-schoolers reading this. If you are truly interested in learning more about what coders do on a day-to-day basis, I would recommend reading Coders at Work: Reflections on the Craft of Programming (affiliate link)

from APress (How I feel about APress).

DZone has also posted a short article about 3 developers and their journeys as programmers so far in their career in the post titled 3 Developer Career Journeys.

A while ago, I wrote a post that a programmer has to have passion. When presented with an issue, they have to see the problem and immediately feel anxious about writing code to solve it. They can see the diagram or flowchart in their head and envision 80-90% of the completed project. Nothing stands in the way of their coding.

When you get to this stage in your life, you'll recognize the passionate developers when you see them:

The passion of a programmer is always something that determines whether you are seen as a lifetime coder or a 2-year developer who just wants a paycheck.

Conclusion: Would you rather...?

Let's play a little game of "Would you rather...?"

Based on everything I mentioned above, money is not always the way to happiness (as I mentioned before with Does Everyone Hate Programming? and Why Money Doesn't Bring Happiness).

I sometimes throw this out there to get a feel for how people react.

Would you rather make $150,000 working in a job and working for someone you hate OR would you rather be paid $50,000 doing something you love and enjoy doing every day?

You would not believe how many people choose the former. They would choose to be miserable every day.

What would you pick? Post your answer in the comments below.