What is Cybercrime and How to Protect Your Business Against It

Today, our guest blogger, Marija Lazic provides us with an introduction to cybercrime and why it's important in our industry. 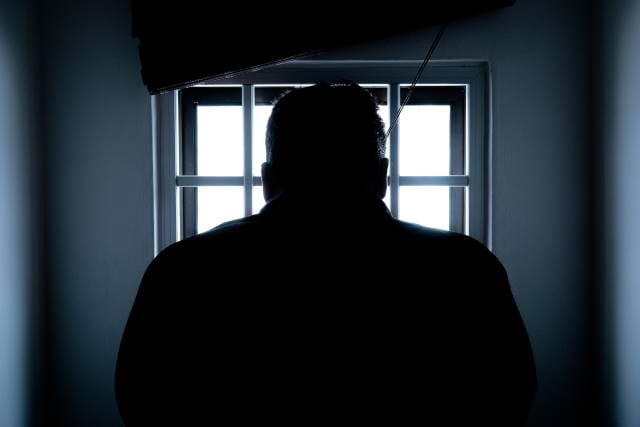 Due to the amount of time people spend on phones and the internet in general, more and more information is sent to cyberspace with every passing second. The transfer of million dollars worth of data has caused a problem which has troubled internet users and business owners for decades—cybercrime.

Cybercrime is any criminal activity carried out using technology. Usually, hackers commit cybercrime in an attempt to manipulate or steal information for financial gain. Cybercrime is also committed for nonfinancial reasons like politics.

Cybercrime comes in many forms. While reasons for it may be limited, methods are nearly endless. However, there are a few common ones that all web users need to watch out for. Basically, all types of cybercrime fall under three categories, namely individual, property, and government.

This involves a cyberattack directed at a particular person by exposing personal information online or distributing malicious or illegal information. It can be done by hacking, retrieving, and illegally sharing such information.

Cybercrime against property is the most common type of cybercrime. It involves gaining access to a person’s property details and using them for online scams. Credit card details, passport details, transaction details, and personal documents are often used for financial gain.

It’s the least common type of cybercrime but the most severe. It involves a direct attack against the government and is also known as cyberterrorism. It involves hacking into a government database, accessing military weapons and websites, hacking into government polls, influencing elections, etc. This is usually carried out by high-level terrorists and expert cybercriminals.

This is a general term used to describe cybercrime that involves deceit to gain an advantage. Fraud is a cybercrime aimed at obtaining important data and information or even finances by deceiving a person. It can be done by altering, stealing, or suppressing information.

The oldest and still the most common form of cybercrime, hacking involves the partial or full control of a website, system, or network. It’s a breach of security that gives hackers access to sensitive and personal information and the control of the computer or network that has been hacked.

Phishing is another type of cybercrime aimed at retrieving information illegally. However, this one mostly involves the use of emails and online messages from scammers presenting themselves as reputable companies and brands aiming to retrieve personal information.

A distributed denial-of-service attack is a special type of hacking that has become widely popular among cybercriminals in recent years. But unlike regular hackers, DDoS hackers use a special method to retrieve information, sending a DDoS attack that temporarily limits the network’s functionality and makes your entire system vulnerable. The aim is to retrieve information illegally while you are focused on the DDoS attack.

How Big of an Issue Is Cybercrime?

Cybercrime is a global problem, especially in the more developed and internet-reliant countries. It’s more common than you might think. Before we delve deeper into cybercrime and its effects, let’s take a look at some cybercrime statistics.

1. Worldwide spending on cybersecurity is set to reach approximately $134 billion in 2022.

With the amount of cybercrime happening, businesses and individuals are desperately trying to protect themselves from hackers online. That means that the amount of money spent on cybersecurity will only grow by the year, reaching $133.7 billion by 2022.

According to statistics, there were 8,854 breaches in the US between January 2005 and April 2018. Statistics also show that as many as 4.1 billion records were illegally exposed in the first six months of 2019. That figure doubled by the end of 2019, with 9.6 billion being recorded by the end of the year.

Additionally, between 2015 and 2019, there was a 69% increase in cyberattacks, with almost half of them impacting small businesses.

4. The biggest cybersecurity breach of all time compromised 3 billion accounts.

In 2016, Yahoo was the victim of a cybersecurity breach that affected 3 billion accounts. It’s one of the largest recorded cybercrime incidents, and Yahoo agreed to pay as much as $117.5 million in settlements related to the damages. The company and its sister companies also spent $300 million on new cybersecurity.

Cybercrime is not just a problem—it’s become a trillion-dollar problem for individuals and governments. According to research, identity theft, data breaches, and other cybercrime generate as much as $1.5 trillion in annual revenue in the US alone. That’s more than the combined annual revenue of Facebook, Apple, Amazon, Google, and Netflix in 2018.

Put simply, cybercrime goes beyond hackers in hoodies, as most people believe. The official 2019 Cybercrime Report predicts that cybercrime damages will cost companies worldwide a whopping $6 trillion by 2021—a 100% increase from $3 trillion in 2015.

According to stats, cybercrime is more lucrative than 97% of global businesses, legal or illegal. The effect cybercrime has on individuals, businesses, and the economy is a major reason behind government officials’ continuous efforts to curb cybercrime in the US and worldwide.

How Can I Protect My Business From Cybercrime?

The best and most important way to guard your business against cybercrime is by implementing sensible digital habits. Here are a few ways of reducing the risk of cyberattacks.

The Problem Often Comes From the Inside

When you get hacked, it’s quite easy to blame the crazy man halfway across the world for breaching network security. However, as a business owner, you’ll be interested to know that 30% of inside breaches were carried out by employees in 2019. It’s the simple reality of the situation, so before spending millions of dollars on prevention of external breaches, be more conscious of who has access to sensitive data.

Know Which Data Is Sensitive

A common mistake businesses make in preventing cyberattacks is not differentiating between sensitive and non-sensitive data. Putting all data under the same security system, from financial transaction details to a simple email address, is a mistake that can easily lead to a breach of security. Sensitive data should be safeguarded and adequately backed up.

Not having adequate knowledge about cybersecurity could be the difference between a successful business and a failed venture. Properly educating and informing your staff about the dangers and consequences of cybercrime should be mandatory for business owners. They need to be well aware of the dos and don’ts in terms of how they operate their computers and networks that might carry valuable information. Firewall and password generators are also good ways of keeping data protected at all times.

As the statistics mentioned above show, cybercrime is a problem that internet users have been facing for quite a while. The executive chairman of IBM Ginni Rometty described cybercrime as “the greatest threat to every profession, every industry, every company in the world.” For individuals and business owners, safeguarding yourself against cyberattacks should be a top priority.

Do you have the right security measures in place? Has your company experienced a cybercrime? Post your comments below and let's discuss.

Marija Lazic is a law graduate, turned recruitment specialist, that specializes in connecting lawyers of all levels with international markets. With many years of legal and recruitment experience, honed by working in Singapore, Canada, and the US, she has gained enough scope and knowledge of the global legal industry to be in a position to provide advice to lawyers considering overseas moves.