With all of the millions of websites out there, how many were built with ASP.NET MVC? In today's post, I show the most successful ASP.NET MVC commercial sites. 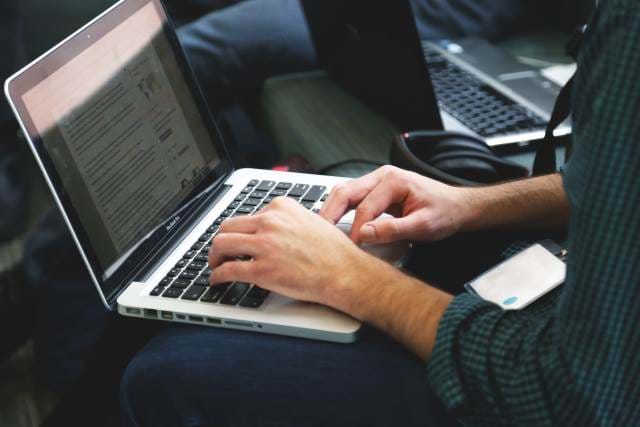 ASP.NET MVC is becoming more popular with each version released.

Personally, I've been extremely happy with MVC since inception. I was looking for a better way to build websites instead of using WebForms.

However, I can sit here and tell you all of the benefits of ASP.NET MVC, but until you see an example website, I'm just flapping my gums.

That's what developers are looking for: real-world examples of ASP.NET MVC websites in the wild. It's making it hard for developers to justify spending time learning ASP.NET MVC.

I've provided sample MVC projects, but it's not the same as a full-fledged production site.

BuiltWith.com is a site for Internet statistics. You can find out what sites are "built with" what technologies (get it?) ;-)

If we look at every framework on the Internet (yes, on the entire Internet), you'll see ASP.NET and PHP are the kings with ASP.NET MVC sites taking up a 1% of the share (Although, I do worry about the sites with Classic ASP). 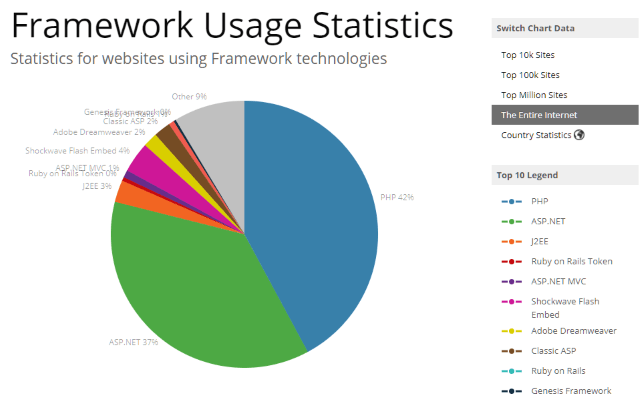 So if 1% of the Internet is ASP.NET MVC and it's so popular, where are the websites built with this Microsoft technology? 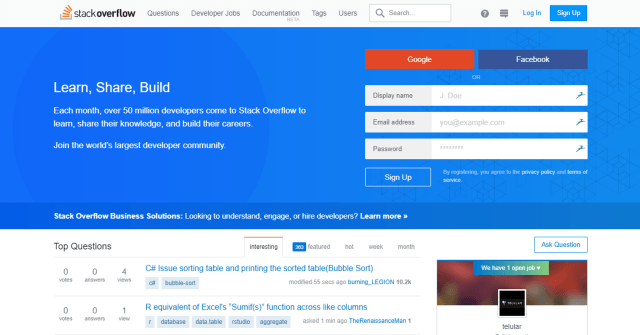 We had to get this one out of the way.

For developers, this is the site when a developer has a question about a certain technology. It's now becoming a developer's verb ("Why don't you StackOverflow it?")

With the entire site built on ASP.NET MVC, it doesn't just pertain to web development.

There are a ton of other topics like mathematics, game development, and grammar just to name a few.

Examine the site list when you get a chance. 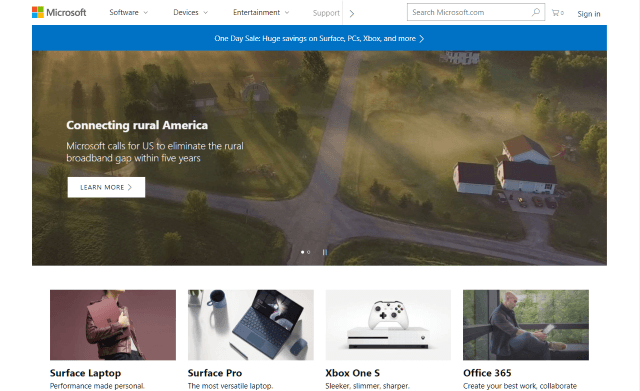 This is another one to get out of the way.

It just makes sense Microsoft would eat their own dog food. Translation: The tools they built for developers are the same tools they used in-house to build their website. 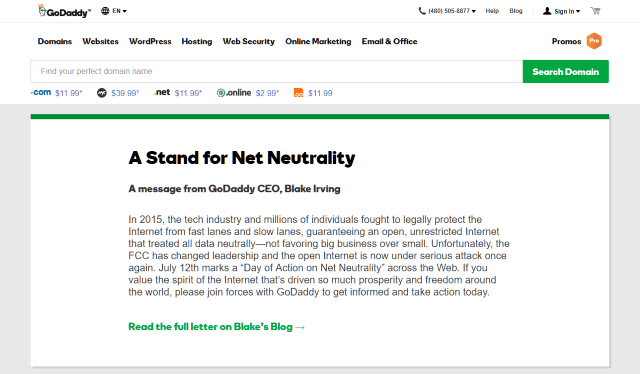 I've been with GoDaddy.com for a while now (going on 15 years). I didn't realize the site was built on MVC. 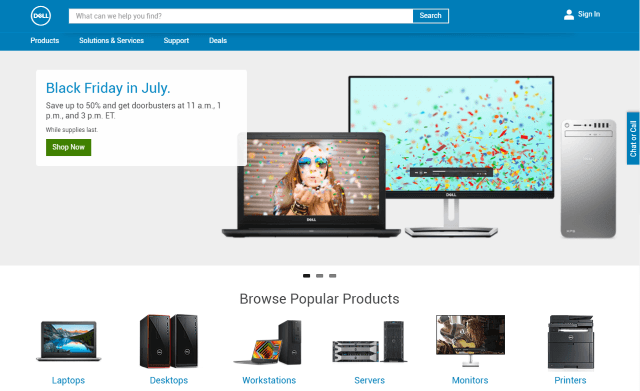 Dell is one of the top PC makers and distributors in the world.

I've been using Dell laptops for as long as I can remember...until I recently found a replacement laptop when I was in a pinch.

With the site built using ASP.NET MVC, I have a continued appreciation for them.

I know I mentioned Microsoft and this could be placed under the same umbrella, but I also have to mention visualstudio.com.

It's not considered a subdomain on Microsoft's site, but it's running entirely on ASP.NET MVC.

Wild Tangent is known for it's huge collection of online games you can try, buy, or even rent and play with your friends.

Move throughout the site and you'll see the familiar MVC route {controller}/{action}/{id} (or actually {controller}/{id}) pointing to a specific action. 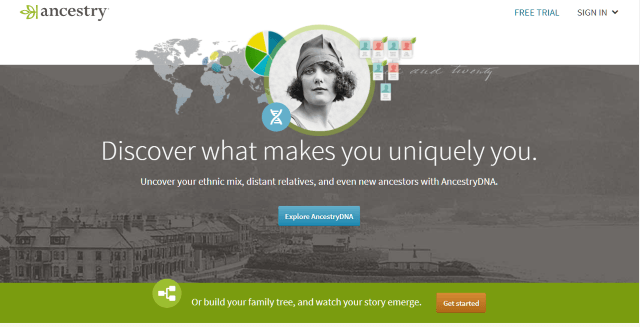 Ancestry.com is a site allowing you to discover your family history and start a family tree.

It's hard to detect by the URLs, but according to the BuiltWith.com, the entire site uses ASP.NET MVC. 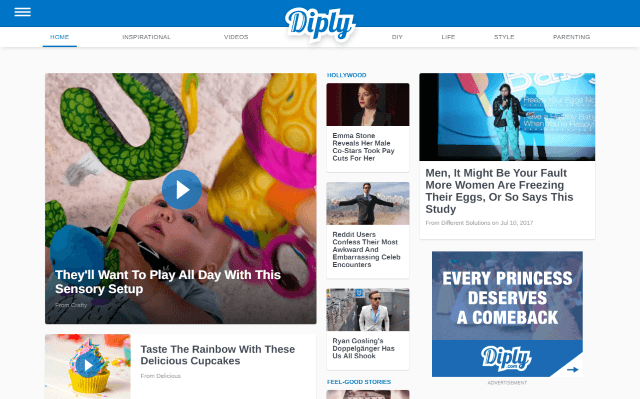 According to the search engine results, diply.com is a "leading social entertainment publisher that creates captivating content for millennials."

Again, if you move around the site, you'll notice the familiar Category/Inspirational controller and actions of MVC.

The site is a bit heavy on the images and takes a bit of time to load. 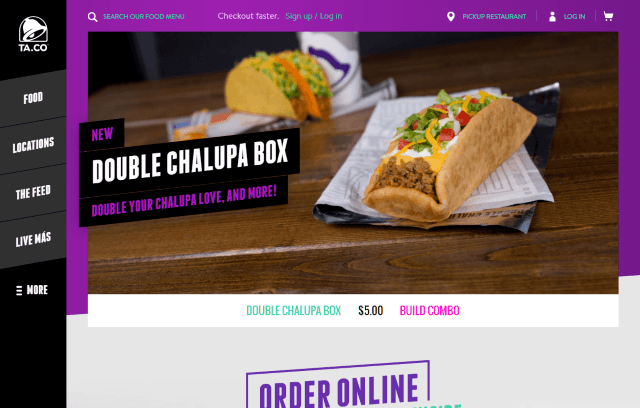 Ok, this one was a shock to me. I didn't expect the entire Taco Bell site on MVC. 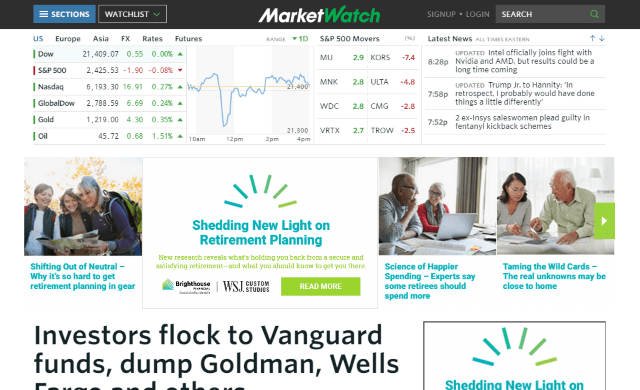 Marketwatch is another great example of what can be achieved with a great design and granular manipulation using ASP.NET MVC's Razor and HTML.

The site is compact, neat, and tight on design. It's also responsive which is definitely a feather in their cap.

The focus of this post was to make developers aware of the potential of what ASP.NET MVC websites can aspire to become when finished.

As you can imagine, these sites receive millions of hits in a month. I know StackOverflow easily receives that amount.

Of course, the framework doesn't architect itself. There are other technologies at work besides MVC which the BuiltWith Extension demonstrates when you visit a site.

Grab the free extension and see what framework your favorite website runs.

Did this spark any interest in learning C#? Check out our 5 best ways to learn C#. The best one is even free!

Do you know of another website running on ASP.NET MVC? Post your site below and let's discuss.