Refactoring code and design patterns are becoming more common in programming, so why not have a solid understanding of how to refactor existing code into patterns? 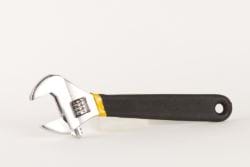 When I started coding in a corporate environment, I never knew the term "to refactor code" until 2004. I was more concerned about the AJAX movement at the time.

Now, as I've mentioned before with the Top 10 Books every .NET Developer Should Own, design patterns and refactoring books are becoming awesome guides that developers can take and learn from seasoned developers and architects who have experienced every manner of code known to man and write about their thought process on converting that code into something better.

Refactoring to Patterns is one of those books.

(2004) from Joshua Kerievsky takes the process of refactoring a piece of code and turning them into a proven and tested design pattern.

for you .NET developers) and also read the Refactoring: Improving the Design of Existing Code (affiliate link)

book, Refactoring to Patterns expands on this knowledge.

But enough about that. Let's get into the review.

The book is broken into 11 chapters:

The last seven serve as reference material once you are done with the book. They have a total of 27 code refactorings and they are based on real-world code.

If you've read the Refactoring book, then you already have a good understanding of what Chapter 2 is like. It discusses why we are motivated to refactor code and some of the refactoring tools available.

As you probably have guessed, Chapter 3 gives an overview of 'what is a design pattern" and some great and not-so-great ways to implement design patterns. If you've read either Design Pattern books above, you could skip this chapter as well (unless you want a refresher on patterns).

Chapter 4 happens to be my favorite because it teaches you how to identify a piece of code that needs refactored. These pieces of code are called Code Smells. Code smells are in everyone's code, they are just masked in different ways. This chapter goes through the different types of code smells:

Chapter 5 talks about how the rest of the book is formatted for each refactoring.

Now we get to the meat of the book.

While I won't go into every single refactoring, I will list all of them in each chapter.

The catalog from here on gives an introduction on how to approach each refactoring. For example, in Chapter 6, they discuss a possible scenario when determining whether to use the Creation refactorings or not.

This type of introduction gets into the head of the developer and walks them through possible alternatives to rewriting their code.

Another reason I love the Signature Series.

Chapter 6 talks about the Creation of classes and their relevant refactorings.

The Simplification chapter (Chapter 7) takes complex methods and evaluates whether they can be simplified or not using the following refactorings.

When you have a specific piece of code that you want to make into a more general-purpose class, Chapter 8, which covers the Generalization refactorings, provides excellent reference material.

Even though this is a small chapter, Chapter 9 covers the Protection aspect of your code. The idea is that the refactoring is to improve the protection of existing code and will not alter the behavior of existing code.

Chapter 10 covers the Accumulation of code. It's meant to target the improvement of code that accumulates information within an object or across several objects.

Finally, Chapter 11 is what I consider a catch-all chapter of Utility refactorings. They are considered low-level transformations used by the higher-level refactorings in the catalog.

Overall, the book has solid coding techniques and exceptional examples by the author. Even though the examples are in Java, a .NET developer can immediately and easily see the benefit of each refactoring in the book.

The fascination I have with the Addison-Wesley/Pearson signature books are three-fold.

Again, I would definitely recommend this book for intermediate to advanced developers who are constantly refactoring legacy code and building structured code and design patterns as a result of their refactorings.