In this second and final part, our guest blogger, Andrew Hinkle, provides a walkthrough of how to deploy databases to Azure using Powershell. 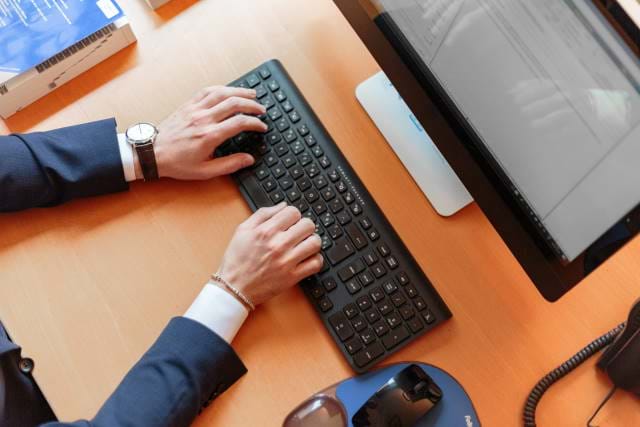 DogFoodCon 2019 is October 3rd – 4th. Ben Miller will be presenting [DevOps] DBAs working Smarter not Harder with PowerShell and [SQL/BI] Inside the DBAtools PowerShell Module.

This article is a follow-up to Part 1 where you learned how to create a couple PowerShell scripts to call the Invoke-Sqlcmd to apply SQL files to a SQL Server instance's database.  That's nice, but to get the greatest reward of this feature we're going to implement the PowerShell script within your Azure DevOps Build/Release pipeline.  Once you learn how to setup these Build and Release definitions in the prototype you'll be one step closer to a push button deployment and eventually an automated Continuous Deployment process.  This is an advanced topic for those not familiar with the Azure DevOps Build/Release pipeline.

In your source control under the equivalent of a Sandbox folder create the following folder structure.  These are the same files we created in Part 1.  This folder structure is simple for this prototype.  You'll need to work with your team on where the scripts folder should be stored since they won't change much if ever.  For the sql folder you may want to standardize on a release folder with a folder for each release number containing the sql files (sql\R19.12\DATABASE1\*).  When you have variables changing between releases you add queue time variables and reference them in the build definition so the build definition doesn't have to change.

We'll create an Azure DevOps Build Definition that will get the PowerShell scripts and SQL files from source control, copy them to a folder, and then publish them so the files are available for the Release Definition to deploy them by environment.  Eventually when you are comfortable with the process you can setup the Build Definition to automatically create when code is checked into the source control location satisfying Continuous Integration.  For now we'll do it manually.  Create a Build Definition following the template below. 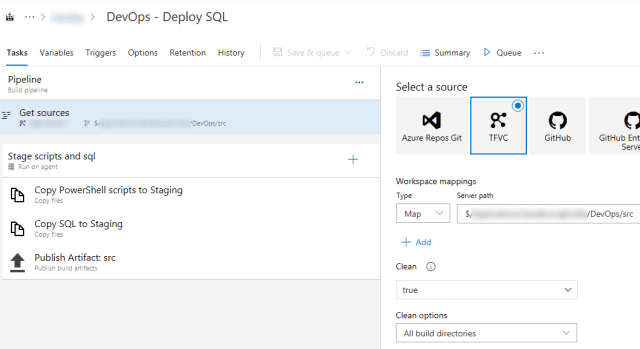 We'll create an Azure DevOps Release Definition that picks up the staged artifacts which are the PowerShell scripts and SQL files and deploy them to the DEV environments.  In this scenario the SQL Server instance for Database1 and Database 2 are on different DEV servers.  We'll need to use variables scoped to each environment.  Also, let's deploy the databases in order and stop the deployment if the first SQL files fail to deploy.  Once the definition is setup and you are confident in the process you could automate the creation of the Release Definition whenever the associated Build finishes satisfying a Continuous Deployment strategy.  For now we'll leave the process manual.  Create a Release Definition following the template below.

From the Part 1 article remember that we caught exceptions thrown when trying to apply a SQL file.  We built the error message using the special Azure DevOps codes and returned the stack trace.  By exiting with code "1" from the PowerShell script the task was triggered as an error and stopped processing.  In this case we did not have enough permissions to create the test stored procedure.

When the pipeline finally worked it felt good to see all of those successful check marks!

DON'T ASSUME IT WORKED!!!  Just because the release succeeded double-check by running the "sp_helptext GetTimeOfQuery", that's the name of the stored procedure we created in the Part 1 article.  Cool, all looks good. 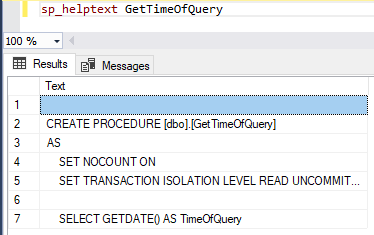 Critically important!  The (OnPrem or Azure) Active Directory user account associated with the agents running in the Agent pool must have permission to apply the SQL scripts.  These PowerShell scripts are setup with the assumption that you are using Integrated Security to deploy the SQL files.  This saves you a ton of effort with encryption by abstracting it out to the Active Directory.  Usually it's easier to start with giving the account db_owner permissions on the database you're deploying to just to prove out the concept.

Work with your DBAs and Ops to create Service Accounts that are strictly used to deploy the SQL files.  Limit the service accounts by environment (DEV/QA/PROD as an example).  DBAs should restrict the permissions of the service accounts to just what is necessary for the deployments.

The Invoke-Sqlcmd allows for other methods such as connection strings with the user account and password, but I prefer Integrated Security to avoid leaking passwords and other secrets.  Research and understand the security risks with the scripts and how they connect.

I have demonstrated how to create the Azure DevOps Build/Release pipeline implementing PowerShell to deploy SQL to an OnPrem database and noted the differences for deploying to an Azure database.  Next steps include implementing this process in a Sandbox to learn the process yourself.   Work with the DBAs and Ops to create Service Accounts to tighten permissions and security.

To learn more about how to create your SQL files automatically by shredding the results published from a DACPAC created from a Database Project attend:  DogFoodCon 2019 is October 3rd – 4th.  Ben Miller will be presenting [DevOps] DBAs working Smarter not Harder with PowerShell and [SQL/BI] Inside the DBAtools PowerShell Module .

Did you know how to create a Build/Release pipeline to deploy SQL?  Do you prefer "Deploying Databases using Azure DevOps Pipelines" following the steps outlined by Jonathan Danylko?  Sure is nice to have options!  If you weren't familiar with the DevOps pipeline before are you interested in learning more now? Post your comments below and let's discuss!

Andrew Hinkle has been developing applications since 2000 from LAMP to Full-Stack ASP.NET C# environments from manufacturing, e-commerce, to insurance.

He has a knack for breaking applications, fixing them, and then documenting it. He fancies himself as a mentor in training. His interests include coding, gaming, and writing. Mostly in that order.