After interviews, sometimes it stings when you don't get the position. In today's post, I provide an optimistic perspective on interviewing. 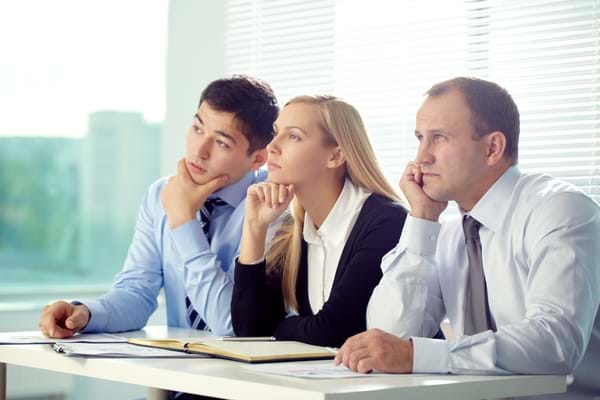 Sometimes things don't work out quite the way you expect them to when it comes to interviewing.

At one point in my career, I was working for a consulting company and they found a position for me at a Fortune 500 networking company.

I had to interview for the position just like everyone else and was in the afternoon.

When I got there, I was nervous. I didn't know what kind of networking and programming questions they would ask.

There was one question during the interview that stood out to me. I was asked whether I was a team player or a solo developer.

I said I was both. I help out wherever I see a need to mentor or assist others, but I also work well without direction on some projects.

After the interview was over, I left with a "Thank you for the opportunity" and then the waiting process began.

I contacted the consulting company a day or two later about the position and they said they just received the call about my interview.

The consulting company said the networking company didn't think I was a team player.

Even the consulting company was a bit confused about why they didn't want to hire me when I told them my answer about being a team player or solo developer.

I had this little sliver of doubt in my mind which was just enough to make me second-guess myself. I kept asking if I could have answered the question better. Did I miss the mark?

It would've been great to get into this networking company, but I guess they didn't see the skills matching the position, so I decided to move on.

A year later, I met with the person at the consulting company who coordinated the interview.

He said to me, "I found out the whole thing was a setup. The position was meant for a specific person they had in their queue, but they had to interview outside candidates to make it look legit. The interviewing process was meant to go through the motions, then pick that person they wanted all along."

I came to find out the interviewer had a close friend who wanted the position really bad, so he gave it to him.

The only thing I'm upset about was the loss of wasted time for a position I wasn't meant to have from the beginning.

At the time, I was shocked they used the "he's not a team player" card when I specifically said I was.

But I didn't take it personally. As they say, "it's just business."

Overall, I wasn't upset, but looking back on this, it makes me wonder about the ethics of certain companies.

While my situation wasn't a law-breaking moment, it doesn't mean it was right.

This "tactic" wasted the consulting company's time (organizing everything between candidate and company), it wasted my time (wasted interview), and, to a point, it wasted their time (invalid interviewing).

In the end, even if you have a flawless interview, there are other factors at play here. They may be looking for something you don't specifically have.

Honestly, it's not quite the way I like to conduct interviews, but there are companies out there who still have this kind of mentality.

The old adage still holds true in this digital age — "It's not what you know, it's who you know."

Regarding this story, I prefer to use the "What you don't know won't hurt you" mentality.

Did you have a similar experience in your career? Post your comments below and let's discuss.