If you're a .NET developer, there is no other tool more powerful than Visual Studio's IDE. Today, with the new release of VS 2022 from Monday, I review my experience of installing VS 2022. 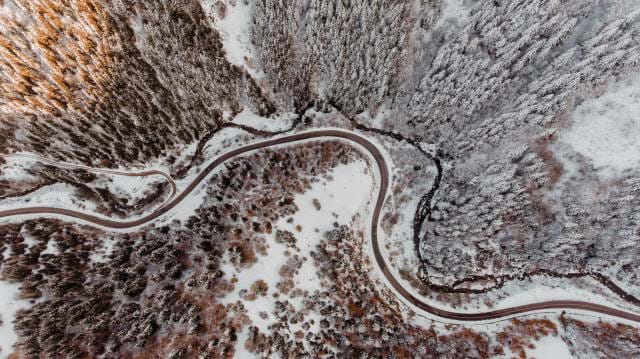 After watching the launch of Visual Studio 2022 on Monday (Nov. 8th), I was quite impressed with everything included in this release (awesome thanks to the ASP.NET team for such a great product!)

Before the launch, I was using a Preview release of Visual Studio for a while.

So, needless to say, I was excited about downloading it and putting it to good use.

Once I downloaded and ran the installer, I proceeded to immediately crack open the box and see what VS 2022 had in store for modern developers.

I didn't think of anything at the time, but continued to move on to the next and most important factor: performance.

Next to security, I feel performance is always the number one factor developers should focus their attention when writing code.

I'm guessing this is because of two things: Visual Studio 2022 now being 64-bit and .NET 6.0 running as fast a possible with great strides in performance under the hood.

After receiving the splash screen, it took ~10 seconds before it disappeared and displayed the real estate containing the common IDE panels.

Once I had the IDE fully loaded, I had to attend to something else and I closed it down.

Before I go into this next section, I want to say I didn't get enough sleep the night before and wasn't thinking straight.

I had a solution containing 16 projects. When I attempted to load the solution in VS 2022, it loaded fine, but gave me some errors about a path issue.

I checked the tweets and found one thanks to NDepend (which is one of the best tools on the market for .NET devs)! While this was a good suggestion, it still didn't fix the issue (I added it anyways because it couldn't hurt to add it, right?)

At that point, I got a little scared and wanted to see if everything was ok. So I went back to VS 2019 to reload my project.

My projects didn't load at all except for one: the Database Project. All other 15 projects failed to load.

It was already installed, but I proceeded to download both the SDK and Runtime of .NET 6.0 and install both.

After thinking about this, it hit me.

Ok, we already knew that solution, but to fix the problem of my solution not loading, I figured out...

Remember, the installer removed the Preview version of 6.0-preview-x.

Problem 2: Updating Old Projects - Where did you come from?

When I tried to load my ASP.NET Core 5 project into VS 2022 and run it, the solution wouldn't run saying there was an issue with the app.UseEndpoints().

This code seems to be "old" compared to what I discovered in the new web app projects.

For those who understand ASP.NET Core and followed the conversation about minimal APIs (back in August), this won't be much of a surprise to you.

But this caught me completely off-guard.

I thought I could transition my projects easily over to .NET 6.0. Unfortunately, it'll require a bit more work.

Solution 1 - I opened VS 2022 and clicked "New ASP.NET Core Web App" to see what was different from my existing project by examining a new Program.cs file.

This is the Program.cs file. That's our new "startup" for web applications.

Looks a little sparse, right? No ConfigureServices() or Configure() method. And there wasn't even a Startup.cs.

I remember the .NET team chatting at times about creating a minimal API and pushing the boundaries, but I thought it was meant only for APIs. I didn't think this went across entire web apps.

They basically took the Startup.cs and moved everything into the Program.cs without the top-level spaces or file-scoped namespaces.

As you can see, there were some surprises for me (along with the awesome "hot reload" feature) and the familiar IDE.

The subtle changes requires some new setup for older applications (>1 year) if you are thinking about transitioning your codebase into ASP.NET Core 6.

As I update some of my projects, I'll be posting the progress along with some tips and tricks.

Did you find an awesome feature in VS 2022? Did something go wrong? Post your comments below and let's discuss.