AngularJS: How much has it grown and is it worth learning?

If you've been in the web industry for a while, you've heard of AngularJS. In this post, I talk about how popular the JavaScript MVC library has become and why you need to get into it now. 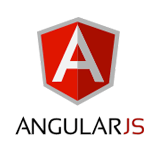 Back in 2004, I was really into the web and was beginning to learn more about JavaScript. When I learned HTML in 1994/1995, I thought that was all there was to building web pages.

Then, I started reading about this new language from Netscape called JavaScript (I think I still have the Netscape 3.5 floppies somewhere).

At one point, I purchased the huge tome called the JavaScript Bible

. I didn't think JavaScript was going anywhere. In 2004, I gave the JavaScript Bible the ole "heave ho" and sold it.

A year later, I see a post from Jesse James Garrett about Ajax: A New Approach To Web Applications. I thought to myself, "Wow, I wonder if that was in my JavaScript Bible...THAT I JUST PITCHED!?"

At that point, I realized JavaScript was going to take off like a rocket. That'll teach me!

Fast forward to 2006. John Resig released version 1.0 of jQuery and it caught on like wildfire! Now, jQuery is now more popular than Flash. Learning jQuery was a different approach of "attaching events" to a DOM and allow the developer to work entirely with the HTML document through code.

Now why have I taken you down the JavaScript memory lane?

All of these technologies are major milestones in the web industry. Think of it as a breadcrumb trail of how JavaScript has become the language of the web. It shows the progression of exciting tools to make your life even easier when building web applications.

With AngularJS being the latest cool kid on the block, it's a JavaScript MVC Framework from Google that addresses all of the functionality of SPAs.

It contains everything you need to create SPAs: routing, two-way data binding, unit testing, rendering of HTML, event-handling, and composability.

Even if you aren't creating a SPA, I have heard of numerous developers who use AngularJS for the jQuery-ish DOM manipulation abilities of the library and nothing else.

The great part about AngularJS is that you don't need to use all of the libraries' features immediately. You can pick and choose what to use and "grow" your application when you feel comfortable to implement the remaining features of AngularJS.

How Popular is AngularJS?

I heard about AngularJS almost 2 years ago from Codemash 2013. I was wondering why it was even necessary to have yet another layer on top of your existing application.

Why not just use jQuery I thought.

After researching the differences between AngularJS and jQuery, I found a jQuery vs. AngularJS comparison chart between the two libraries over at enbeeone3.com.

But what made AngularJS so popular? Is it the amount of features packed so tightly in a single js file?

I continued my research to find out more about why AngularJS was THE JavaScript framework to learn.

After seeing airpair.com and their JavaScript Framework Comparison along with a reference to Google Trends comparing the popularity of each framework, you can see that Angular was becoming the framework of choice...and by a large amount I might add.

So...is it worth learning?

There was some talk about people who already knew Angular 1.3 that when Angular 2.0 comes out in Q4 that the Angular 2.0 framework would not be backward-compatible with 1.3.

I did find Dan Whalin giving his thoughts on AngularJS 1.3 and 2.0 a worthwhile and notable read.

I also found out that the whole reason that 2.0 is dramatically changing is because of the integration of Web Components added to AngularJS which, in my opinion, is going to be a game-changer. For more information on Web Components, check the WebComponents.org website.

But if you are extremely worried about your Angular 1.3 version not working properly with 2.0, rangle.io has a great post about How to Embrace Angular 2.0 Today with a Future-Friendly Angular 1.3 Application. This will give you the proper guidance for building a better Angular 2.0 app and buffer the amount of work required when 2.0 is officially released.

I would have to say that I will be learning AngularJS a little more this year. I will also be looking to integrate Angular into most of my projects during the year, but need to be practical in implementing them. I won't be using AngularJS just to say "I'm using Angular." I need a business need...and I haven't found a need yet. Think of it as having a solution without a problem.

As I mentioned on my Codemash 2015 wrap-up from this year, I will be looking over a number of technologies in the coming 3-6 months and AngularJS is definitely one of those frameworks that will come in handy to create a more structured web application.

Update: I also found a fantastic post answering the question why should you use AngularJS compared to jQuery and JavaScript.

Will you be using AngularJS this year? Why not? Post your comments below.