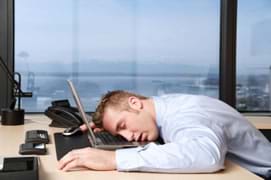 The last post I wrote was August 17th. Since then, I've been extremely busy with a load of projects.

For those of you who know me, you know there are times when I never slow down and go full steam towards a vision or goal no matter what the cost. These past months were no different whatsoever.

Over the past three months, I've had seven projects that came across my desk with three of them being my own. Just like every other project, all seven had to be completed yesterday. If you ever had a sense of feeling overwhelmed by projects, this was definitely the time.

The effort of these projects was a great learning experience for freelance developers. Here are some of the lessons learned from this intense three months of coding.

While these five lessons were learned over a period of three months during seven projects, you should apply them across every project you encounter in your career.

With that said, one project is not 100% complete and one (TriYou) is still in beta. The incomplete project is still moving forward and is a super-secret project where I am working with other individuals to get it off the ground.

There's only so much time in a day.

Are there any heavy schedules that you've encountered in your career? Share them below in the comments section.